I was testing the Lync 2013 Persistent Chat feature the other day and was soon greeted with the error message “1 Warning(s), All the channel servers are down”. I tried googling but didn’t really find any good solutions. Some people suggest removing and then publishing the topology again, but it didn’t work for me.

Here’s an example of a non-working solution:

That said, it could work for someone else. Not saying that the post is useless, just not working in my case.

Some of the errors:

Fig 2. Service says running even though it isn’t.

I’ll save you the pain of googling. Here’s the solution (in the comments):

These specific comments helped me:

“thanks for the article i have gone through it and got everything working,
i was getting the error where I was unable to start the persistent chat service and this would then show the error where chat channel unavailable.
i installed the hotfix found at http://support.microsoft.com/kb/2848328
installed the lyncserver update and let this run.
restarted the server and the service started and i was able to set up the persistent chat category.
hope this help out”

“Hi, I just thought I’d post this in case it helps anyone. If you’ve just installed the pChat role into an existing Lync environment that has already been patched, you will get the “all channel servers down” error. You will also notice that when trying to start the pChat services, you will get incompatible database errors as Seyed above.
You need to re-launch the lyncServerUpdateInstaller from the CU level of your Lync Front End server(s). You’ll notice that the Installed Version for Persistent Chat is not up to date. Click Install Updates, then run from Lync Powershell the Install-Database Command against the Persistent Chat Role / SQL Server / DB Instance and the service should now start and you can continue.
Hopefully this helps.”

In other words, just install the hotfix and everything should be running smoothly again. At least it was for me.

Fig 3. Hotfix notices that Persistent Chat is out of date.

After the update I gave it a go. In the screenshot I’ve given the user “Kalle” rights to create a chat room. As you can see, the room was successfully created. 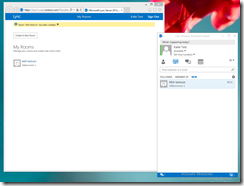 Fig 5. Chat room in action. Janet and Kalle having a “conversation”.